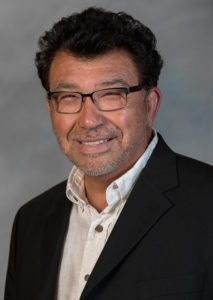 Bio: Nick Guerrero began his career in the pipeline industry in the mid-seventies as a Supervisor with the responsibility of overseeing Texas Eastern Transmission Corporation’s pipeline facilities’ as built records. Since then, he has spent over four decades in the pipeline industry managing areas such as: facility records, as built, design & construction, operations and GIS. After retiring from Spectra Energy in 2012, Nick managed other pipeline related businesses, is active in “leadership development” and in supporting our GIS technology and services’ gateway into Mexico’s energy infrastructure expansion.

Nick has presented numerous GIS and Leadership related topics at national and regional GIS conferences and has served on the GITA Oil and Gas Conference (now Pipeline Week) Advisory Committee for several years. Nick also served two years as Executive Chair of the Pipeline Leadership Council, a nonprofit organization focused on helping new-comers understand and succeed in the pipeline industry by leveraging the sharing the knowledge of tenured industry leaders, near-retirees and retirees.